How Much Thorium would it Take

to Power the Whole World

I have claimed on here that thorium, if efficiently utilized in a liquid-fluoride reactor, is an energy source of such magnitude that it is not difficult to conceive of an entire planet powered by thorium.

So let me lay out the calculations upon which I base my argument. In a fission reaction, thorium-232 (having been transmuted to uranium-233) will release roughly 190 MeV of energy per fission reaction. Assuming that the original thorium had a mass of 232 atomic units (u), then that is equivalent to 190 MeV/232 u = 820 keV/u. 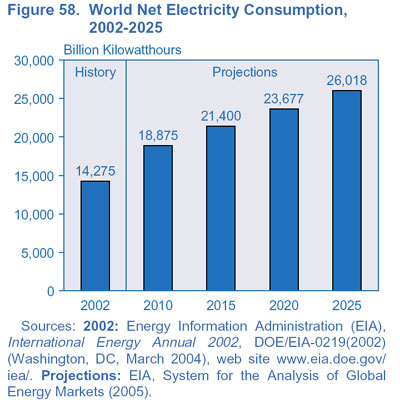 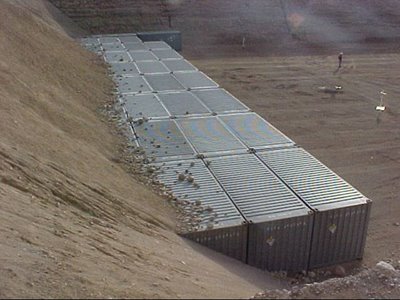 How does Uranium Compare?

How does this compare to conventional (solid-core uranium) nuclear? In 2002, the world’s nuclear reactors produced 2.56 trillion kilowatt-hours of electricity and consumed 67,000 metric tonnes of uranium to do it. That is equivalent to only 0.038 billion kilowatt-hours per metric tonne of uranium. Why such a disparity between thorium at 11 TWH/MT and uranium at 0.038 TWH/MT? Because today’s nuclear only utilizes the small (0.7%) amount of uranium that is fissile (U-235), and only ends up using about half of that. Light-water reactors burning scarce U-235 and converting it to electricity at 33% efficiency are just less efficient than liquid-fluoride thorium reactors at 50% efficiency.

One thought on “How much thorium would it take to power the whole world?”