This weblog is intended to be a location for discussion and education about the value of thorium as a future energy source. Despite the fact that our world is desperately searching for new sources of energy, the value of thorium is not well-understood, even in the “nuclear engineering” community.

The protons and neutrons in an atomic nucleus, on the other hand, are bound with energies measured in millions of electron volts (MeV). Thus, rearranging the nucleus of an atom (through fusion or fission) releases roughly a million times more energy than chemical energy release.

There are four basic nuclear “fuels” found in nature: deuterium, lithium, thorium, and uranium. Deuterium is an isotope of hydrogen that is found wherever hydrogen is found (such as water). Lithium is a light metal found in lake evaporates. In a traditional fusion reactor, lithium is converted to tritium (another hydrogen isotope) and then fused with deuterium, releasing energy and additional neutrons. But fusion is fundamentally difficult because positively charged particles tend to repel each other strongly, and only extraordinary temperatures, magnetic confinement, and complicated engineering can coax them to fuse. Despite all this effort, the goal of economical fusion energy is distant and perhaps unreachable, even if the physics can be conquered.

Fission of uranium or thorium, on the other hand, is much easier because neutrons are used to induce destabilization and splitting of the nucleus. The neutron is uncharged, so there is no magnetic repulsion to contend with in the fission process. No magnetic confinement or vacuum chambers are required either. The downside of fission is the generation of unstable, neutron-rich fission products that seek stability through successive beta decay.

Fission of natural uranium requires the construction of reactors that maintain high neutron energies (fast-spectrum reactors) throughout their operation. This is because the fission of plutonium-239 (the result of neutron absorption in uranium-238, the dominant isotope) does not produce enough neutrons to sustain the process unless it is bombarded by high-energy neutrons.

Fission of natural thorium, on the other hand, is much easier because its absorption product (uranium-233) produces enough neutrons from collision with a slowed-down (thermal) neutron to sustain the fission reaction, given that the reactor is designed to be frugal with its neutrons. This feature, and the abundance of thorium worldwide, give thorium a profound advantage over the other nuclear fuels for sustained energy generation.

Thorium is abundant in the Earth’s crust and widespread across the United States and around the world: 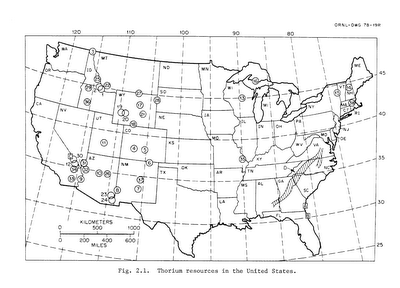 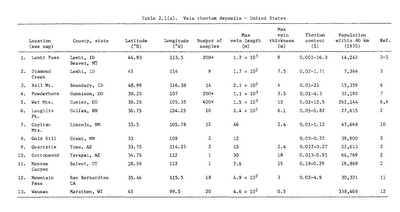 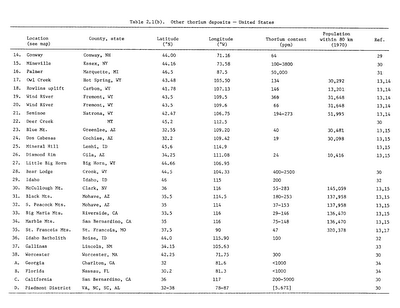 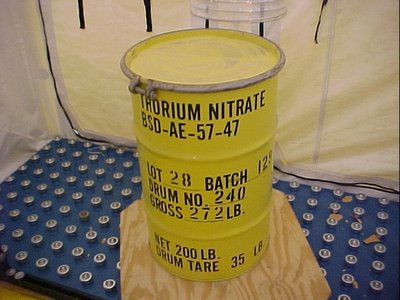 This is a storage cask containing 200 lbs of thorium nitrate. This thorium was formed in a supernova over five billion years ago, and during its formation, it was infused with vast amounts of energy in the structure of its nucleus. For five billion years this material has stored its energy, and only in the last 60 years have we realized how to utilize it. 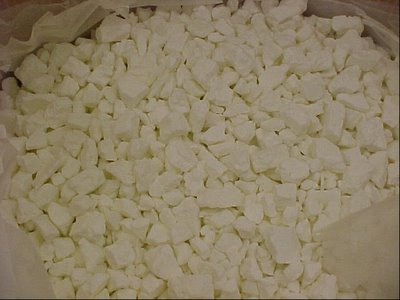 Inside the cask we see the thorium nitrate, with a consistency much like sugar. It is mildly radioactive, not so much from the thorium itself but from decay products that have formed. The material can be handled with only a rubber glove as shielding.

Releasing the energy from thorium is a three-step process. First, the thorium must be exposed to neutrons. When it intercepts and absorbs a neutron, it will transmute from thorium-232 to thorium-233. In a few minutes, the thorium-233 will decay into protactinium-233.

Next, the protactinium-233 must be isolated from neutrons. The Pa-233 nucleus has a half-life of 27 days, and when it decays it will decay into uranium-233. But during its time as Pa-233, it has a great affinity for capturing another neutron. This is undesirable since it will lead to the formation of Pa-234, which will then decay to U-234, which is not fissile.

But if the Pa-233 is isolated from neutrons, it will decay as planned, and a nucleus of uranium-233 will be formed. Then the uranium-233 is reintroduced into the reactor and exposed to neutrons. It will undergo fission, releasing additional neutrons to continue the consumption of additional thorium.

This technique of “expose, isolate, expose” is essentially impossible to do in a typical solid-fueled reactor, because it would require the fuel to be almost continually reprocessed. This is why “fluid-fueled reactors” were examined as thorium burners almost from the outset of the nuclear age. As early as 1948, scientists like Eugene Wigner were proposing ways to build reactors with nuclear fuel in a fluid form to consume thorium. Several of these reactors were built, and as a class, they had tremendous safety and operational advantages.

But one was superior on practically all counts–the liquid-fluoride reactor. This reactor represents the ideal thorium burner, in my opinion, and I shall attempt to show why I think so.

One thought on “Welcome to Energy From Thorium!”