Dr. John Gofman has passed away at the age of 88 of heart failure.

Dr. Gofman is of special interest to those of us fascinated by energy from thorium since he (under the guidance of Dr. Glenn Seaborg) discovered uranium-233 and its fissionability. I remember reading somewhere (but I’ve not been able to find the quote) that after realizing that thorium could be turned into U-233, and that U-233 produced enough neutrons in thermal fission to sustain the conversion and consumption of further thorium, that Seaborg told Gofman that he had just solved the world’s energy needs for a thousand years. 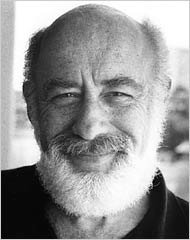 Dr. Gofman was extremely anti-nuclear and devoted most of his life to opposing the expansion of nuclear energy. But he did discover uranium-233!

In his earliest work, while still a graduate student at the University of California, Berkeley, Dr. Gofman studied nuclear isotopes and helped to describe several discoveries, including protactinium-232, uranium-232, protactinium-233 and uranium-233. He also helped to work out the fissionability of uranium-233.

Ruth Sponsler of “We Support Lee” has an “irreverant” obituary of Dr. Gofman.

Unfortunately, Dr. Gofman didn’t see the value of being able to convert an element that is abundant in the crust of the Earth into a tremendous amounts of energy:

PLOWBOY: What, then, was the practical significance of your discovery of uranium 233?

GOFMAN: U-233 comes from the mineral thorium, and since there’s at least as much thorium in the world as there is uranium, the discovery provided one additional source of atomic fuel. Frankly, I hope people never use it. Nonetheless, in that sense, my work had something to do with contributing to the development of nuclear power.

That said, I know that I and many others are very glad that he made the discovery, whether it mattered to him or not.