In November 1955, Admiral Arleigh Burke, Chief of Naval Operations, summoned Rear Admiral “Red” Raborn to his office with an unusual request: create a mobile “Cape Canaveral” to launch nuclear weapons on ballistic missiles, and do it within a decade. On November 15, 1960, the USS George Washington (SSBN-598) put to sea, the first ballistic missile submarine. 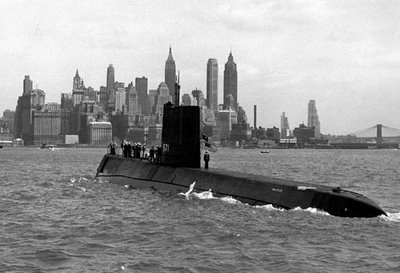 In just a few years, Admiral Raborn and his colleagues had done what many considered impossible. They had turned a submarine into a mobile launch platform for nuclear missiles. And to do so they had had to abandon many of the technologies that were considered the “conventional wisdom” of missiles. He had pushed the development of solid-fueled missiles, realizing that liquid-fueled missiles would prove too difficult to use on a contained undersea platform. He had also realized that the nuclear submarine, rather than a surface ship, was the superior platform for the stealthy launch of missiles. This had in turn required the development of the ability to launch missiles using compressed air from an underwater position.

In so many ways, the development of the ballistic missile submarine was a radical innovation that portended the next fifty years of submarine activity. Yet it would have been difficult to realize that things would turn out that way in 1955.

Hurricane season is upon us again… 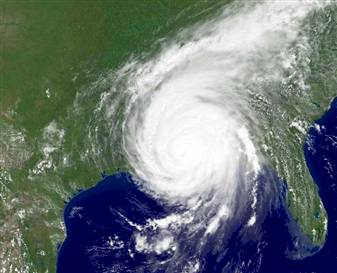 Last year I spent some time with a church group going down to Hattiesburg, Mississippi, to help clean up storm damage from Hurricane Katrina. After chain-sawing a whole bunch of trees, a man’s mind tends to wander onto the topic of nuclear energy, and I began to wonder about how we could build power plants to supply coastal regions with electricity that would be impervious to storms and invisible to coastal dwellers (who are probably rich and politically influential).

I knew that floating nuclear power plants had been considered, but you needed to build a “breakwater” around them to protect them from storms, and what if they sunk? But then I thought, why not sink it on purpose? A submarine. Wow, what a great idea, I thought, but it wouldn’t be practical with a light-water plant.

A light-water plant needs to be refueled every 12-18 months, the containment is huge, the steam turbines are massive, and it is doubtful that you could fit such a system into a submarine hull the size that the US has typically built.

But things could be different for a liquid-fluoride reactor. The power density of the core is as good or better than an LWR, but much more importantly, the fact that the core runs at ambient pressure and that there is no water in the core means that the containment would scarcely be larger than the reactor vessel itself.

Furthermore, by combining the reactor with a helium gas-turbine power conversion system, more reductions in scale are possible. Both steam turbines and conventional open-cycle gas turbines have basic constraints. For steam turbines the condensation temperature (which you want to be as low as possible) is physically connected with the condensation pressure. That’s the basic reason that the low-pressure turbine in the steam turbine plant is as large as it is. For the open-cycle gas turbine, the basic constraint is that the intake pressure is atmospheric, and the peak pressure of the cycle is some multiple of that (based on the overall pressure ratio).

For a closed-cycle gas turbine, both overall pressure ratio (which governs efficiency) and the minimum cycle pressure (which will scale the turbomachinery) are variables that are at the discretion of the designer (within reason). Thus, to fit the turbomachines in a compact volume, like a submarine, the initial pressure represents a “knob” that you could turn to do so.

The fact that the reactor could “burn” thorium using only three reprocessing steps (reductive extraction of protactinium, fluorination, and distillation) also seemed to point to the feasbility of fitting on a submarine.

So I poked around a little and found that such ideas had been proposed, but typically with the light-water reactor as the paradigm. 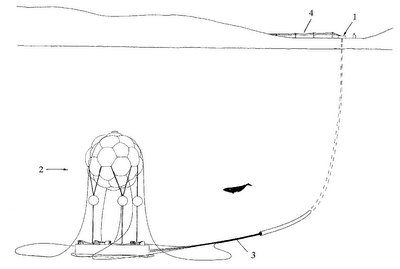 I think the basic mistake in each of these systems is the use of the light-water reactor and its associated steam turbine. I am sure many of you will disagree with me, but much like Admiral Raborn had to counteract the conventional wisdom that liquid-fueled missiles were “better known” and instead pushed for the risky development of solid-fueled missiles, I think to make (utility-scale) submarine nuclear power work, we need the liquid-fluoride thorium reactor coupled with the helium gas-turbine power conversion system.

Such a power system, if it could be made to work by a modern-day Admiral Raborn, could revolutionize the construction, operation, siting, and management of future nuclear systems. Much more to come on this in future posts.