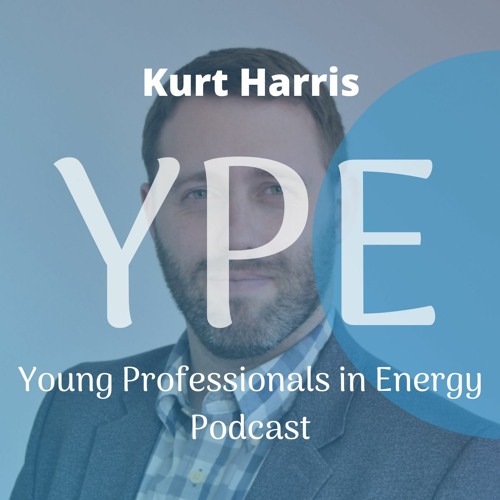 Back in July, Dr. Kurt Harris of Flibe Energy spoke on the Young Professionals in Energy Podcast, an organization that aims to facilitate the advancement of young professionals in the global energy industry. We’ve summarized the podcast here for a quick look at some of the things they discussed.

Kurt Harris was born in Logan, UT, and received his bachelor’s degree as well as his PhD at Utah State University. He lived for two years as a missionary in Mozambique, where he observed a nation in the midst of an energy crisis, leaving them without access to clean water, healthcare, and electricity. When he returned, Dr. Harris became intensely interested in finding energy solutions that would help people globally. Despite having internships with INL, Westinghouse, and Sandia National Labs, it was YouTube that introduced Harris to the extraordinary potential of thorium energy. He was surprised to learn that the technology had already been developed in the 1950s and had been shut down, but was now being reinvigorated by Kirk Sorensen, who was popularizing the thorium energy movement online. After Harris finished his PhD, he was hired by Flibe Energy and moved to Huntsville, AL.

Flibe Energy seeks to deploy a lithium-fluoride thorium reactor, or a LFTR (pronounced “lifter”). The name Flibe is a nickname for the salt FLiBe: lithium fluoride and beryllium fluoride, which serves as a solvent for actinide fuels like uranium and thorium. This technology is not new. In 1954, the first molten salt reactor was built and ran efficiently and smoothly, capable of reducing its power when it overheated and increasing its power when it got too cool. In the mid-1960s, a molten salt reactor experiment using FLiBe salt started running. By removing the need for mining and enrichment, as well as having excellent potential for the minimization of wastes, the LFTR has the greatest energy return on energy investment of any technology known to man.

Admiral Hyman Rickover was a naval officer in the 1940s, who met with a physicist named Alvin Weinberg to discuss the potential of nuclear-operated submarines for the Navy. Weinberg and others promoted a pressurized light-water reactor for submarines, which Rickover used to appeal to Congress and create his own “nuclear navy.” The technology had been developed so far that by the time land-based nuclear reactors were a priority, political leaders favored the proven approach of the PWR. Westinghouse expanded their submarine reactor in size and we have been using that ever since. During the Cold War, the government wanted reactors that used plutonium and uranium, which soon consumed the entire nuclear industry, with the exception of Weinberg’s reactor experiment at Oak Ridge National Lab. This was the only thorium molten-salt reactor. While presenting to Congress, however, Dr. Weinberg suggested that his reactor was safer and more efficient than PWRs. He was subsequently fired, and his project was shut down. The technology was lost for many years, until being rediscovered this century.

Flibe’s founding history and advantages to their design

Flibe Energy was founded in 2011, the first modern company on the molten-salt reactor scene. Flibe was founded by Kirk Sorensen, who had been working at  NASA for 10 years. After Sorensen discovered this technology, it became his mission to uncover what was lost and bring thorium energy back. Though it has been an uphill battle, the company is only growing, and the Thorium Energy Security Act aims to bring back U-233 to fuel the LFTR. Short-term, Flibe aims to build microreactors. Long-term, the company wants to create big reactors for big power generation. Fortunately, the technology is not what stands in the way. The biggest issues to navigate are securing investment and getting through the political aspect of energy. Funding determines how fast these reactors can be built. With funding, 5-year deployment for an initial reactor is doable.

Flibe is designing similarly-sized reactor to what INL is looking for: a reactor that is versatile enough for cities, military bases, and national labs. Net present value calculations aren’t very applicable to electricity.

Where the LFTR design fits into the current regulatory environment

Flibe ultimately has the same goal as the NRC, which is to protect people. The NRC has kept the industry very safe for a long time, but is slow to change. Flibe pays attention to modernization and tries to limit the number of exemption requests that must be made. Flibe communicates frequently with the NRC to keep them up to speed with materials and technology. In the coming decades, Harris hopes that the NRC will become capable of licensing hundreds of reactors a year. We’ve never been able to scale up our current industry to something so large, and thousands of microreactors is a very different world than what the NRC is doing right now.

What concerns Kurt about the energy industry

Going back to the beginning of the conversation, Harris is concerned about energy poverty. In Mozambique, after the Portuguese colonists left in the 1970s, vast industrial wealth was reduced to poverty simply from the lack of energy. Beautiful skylines turned into squatter camps. Life expectancy dropped into the 30s. Harris worries we could head in the same direction without reliable energy. Though he used to love renewables, he now realizes that the energy return on them won’t cut it. To sustain a civilization, we must pursue the right kind of nuclear, which is safe, enormously efficient, and low cost. Harris encourages the rising generation to get involved, take risks, attend workshops, get on the internet and learn, and reach out to government representatives about nuclear energy. In the next 5 or 10 years, he sees more advanced reactors coming online, and by the end of the century, Flibe’s goal for worldwide energy is a practical reality.

Thank you to YPE for an outstanding conversation!

One thought on “YPE podcast with Dr. Kurt Harris”