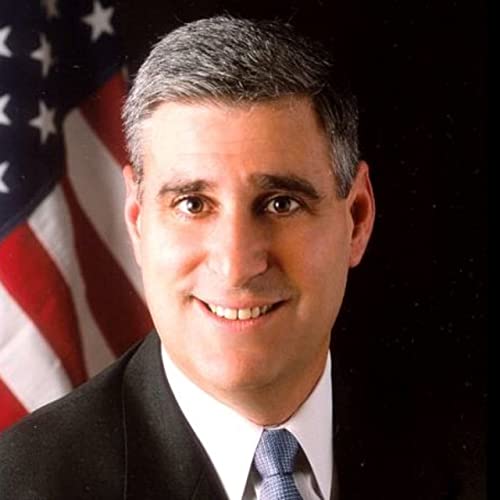 John J. Loughlin II is a former three-term Republican State Representative and former Republican Whip serving in the Rhode Island House of Representatives before running for US Congress in 2010. He served in a leadership role on the Naval Affairs Committee, and was a member of House Labor, Health Education and Welfare Committee, and House Veteran’s Affairs. He has also worked in television and film for more than 30 years. He is the host of the John Loughlin radio show on WPRO and is a frequent contributor on WJAR-TV (NBC) as a political analyst.

JOHN LOUGHLIN: You’ve heard me say it many times, but anyone who’s talking to you about net zero carbon who is not talking about nuclear power, is not a serious person. They want a 50% net reduction by 2030 and a 100% net zero by 2050, and this cannot be done on solar panels and windmills. Even if you could, it’s not smart to do it this way. There is a power source that is out there that is net zero carbon that nobody wants to talk about. Why? Because they watched Jack Lemmon and Three Mile Island, they watched the docuseries about Chernobyl. So if we want to factor nuclear power into the equation of a net zero future, things have to change. My next guest is a gentleman named Kirk Sorensen, who is the President and Chief Technologist at Flibe Energy. They are working on an interesting concept called the Liquid Fluoride Thorium Reactor (LFTR), which is a different type of reactor than the usual uranium-plutonium reactor you’re accustomed to. So, Kirk, tell us about the technology that you’re working on and how this is different from what people think of when it comes to nuclear energy.

KIRK SORENSEN: Thank you, yes, it’s different in every way. There’s almost no commonality between what we do today and this, other than the fact that they both make electricity. A LFTR is based on a liquid salt from a different fuel, thorium, and has inherent safety and low pressure, higher temperatures, higher efficiency, almost completely perfect utilization of nuclear energy, and no long-term waste. It’s what nuclear energy always should have been. I’d love to tell you I came up with this, but it was mostly invented long before I was born. This technology was developed by a man named Alvin Weinberg and his team at Oak Ridge National Lab in the 50s and 60s, the same man who invented the pressurized water reactor we use in ships and land all the time. He was looking for something better. He knew that in WWII, during the Manhattan Project, thorium was discovered to be the greatest source of energy in the world, by far. There was nothing even close to it. But because it couldn’t be used for weapons, they shelved it.  It wasn’t the priority during the war. After the war, Weinberg wanted make this happen, so he got a team together and managed to get a little bit of money to build a demo reactor. But it was not what the government wanted to fund, so they killed all his research and fired him in the early 70s. I found out about it when I was at NASA from some guys there who had some background at Oak Ridge, and I was just blown away. I had had no idea such a thing existed. For a long time I didn’t know what I was going to do with it, but I became more and more convinced that this was a more important thing for me to be working on than space. About 12 years ago I started my company, and we’ve been beavering away at it ever since. It’s a tough slog, we get very little support and active opposition from the government, so we keep going thanks to private efforts. I wish things were going a lot faster, and like you said, if we want to be net zero, this is the way to do it. This actually could be the net zero source for the whole planet for tens of thousands of years to come.

KS: Thorium is three times more common than uranium; about as plentiful as tin in the Earth’s crust. Odds are if you go outside and pick up an average rock, there’s detectable amounts of thorium in it. Every country has enough to be energy independent. However, you could have the biggest pile of thorium in the world, but it won’t make any energy for you. Just like you might start a fire, you have to start the process using a special material that comes from thorium called uranium-233. Weinberg and his team had stockpiled this at Oak Ridge back in the 60s, but after he was canned, they forgot what to do with it and now the government’s trying to destroy it. This is one of the things we’re trying to tell them. Don’t throw away our path to a thorium future, please preserve this material. We have Senator Tuberville in Alabama, former Auburn head coach, spearheading the effort to save this special material, U-233, that’s needed for thorium reactors. We’re doing all we can to move forward on this, but it’s great to have the opportunity here to be on your show, spread the word, and see if we can get people to help.

JL: The LFTRs, are they smaller reactors, or larger facilities like Three Mile Island?

KS: They can be built at any size, but right now, we’re focusing on building small reactors that are specialized for transportation and making military bases grid independent. Someday, we hope to make much bigger reactors.

JL: It amazes me that there aren’t senators lining up at your front door for this.

KS: We’ve had some really good meetings with a lot of senators. It’s a very bipartisan issue, but only a handful have really gotten out and spoken publicly about it.

JL: Well, that’s because of the stigma. There’s a stigma of nuclear power.

KS: People have been taught to be afraid.

JL: I think that once you told people that a LFTR in their community would mean no electric bill for them for ten years, they would start to be much more receptive to the idea.

KS: When I first learned about this at NASA, one of the first things I thought about was how we could power an extraterrestrial community on the moon or Mars safely with this technology. The notion of being safe was a huge appeal to me from the get-go; a meltdown doesn’t even apply to this design. It was so responsive, so versatile, so safe, and so adaptive. I was so impressed by all these features. I kept thinking, how did we miss this as a society? I found that very few people knew about it, and that was a big problem, so I’ve tried to publicize this information, and let people know that this option actually exists. When people say there’s no silver bullet, I want to say, “Wanna bet? Yeah, there is! We can go do it!”

JL: Well, without going into the physics of the production of nuclear power, what is the main operating difference between this and a traditional reactor like you might see at Connecticut Yankee?

KS: Great question. The fundamental difference is that typical reactors have solid fuel under extremely high pressure, and if that coolant loses its pressure, it can cause a meltdown. A LFTR has liquid fuel at no pressure, and because it’s already liquid, there is no concept of a meltdown. It operates at an inherently stable condition. What happened at Fukushima Daiichi was a reaction between the water and the fuel. The liberated hydrogen spread to a chemical explosion. With this, everything’s in chemical equilibrium, and there’s never been a reactor built in chemical equilibrium before. That’s such a remarkable step forward, and again, it was all proven back in the 60s. It’s like the marble at the bottom of the bowl, it doesn’t want to go do or be anywhere else. To give you an idea of the machines we have now, like Connecticut Yankee, they’re operating at a pressure equivalent to being a mile under the ocean. Can you even imagine that? It’s almost incomprehensible to me how we’re supposed to maintain that pressure. They do it, and it’s amazing, but it’s certainly not a state where nothing can go wrong. You can lose that pressure and have a loss of coolant, and that’s what we’re always afraid of with the pressurized reactors.

JL: So your reactor would create steam, hot water, something to turn a wheel that creates electricity?

KS: Actually, we use high pressure carbon dioxide. But that pressure is outside of the reactor entirely. The energy is ported over into this high pressure carbon dioxide, which then turns a turbine, is cooled, pressurized, and recycled. So the CO2 doesn’t float out into the environment, it just flows around in this loop. And with this carbon dioxide turbine machinery, it’s amazing how much smaller it gets. It shrinks the size over steam by almost a factor of 100. It’s staggering. I was actually next to the a big steam turbine at a coal plant yesterday and I was thinking, wow, we could build this so much smaller if we used carbon dioxide gas turbines.

JL: Kirk Sorensen, UT graduate, former NASA alumnus, and President and Chief Technologist at Flibe Energy, thank you for joining us on the John Loughlin show.

KS: Thanks so much, John, I appreciate it.